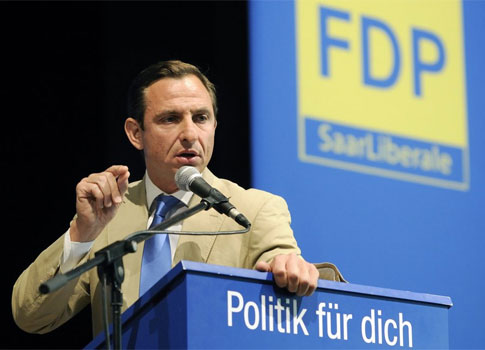 No doubt, Greece is undergoing one of the most dramatic declines reputation that any country has ever experienced. Whether deservedly or not, the fact remains that Greece is suffering a horrific damage to its image and international standing.

With such an image crisis, it’s no strange that some voices are rising with concerns regarding Greece’s image. One of theose is that of Jorgos Chatzimarkakis, a Greek-German member of the European Parliament who has recently suggested Greece to change its name to Hellas.

In this interview with the German tabloid newspaper Bild, Mr. Chatzimarkakis says that a namechange could help the country have a new beginning with a new image. The old Greece, famous for corruption and sleaze, badly needed a better image and a new name might help, the politician argued. “The name ‘Greece’ stands for a defunct political system – for nepotism and clientelism – in the minds of many in Europe,” Chatzimarkakis told Bild.

“In the course of an honest new beginning, the Greek constitution should be written from scratch and the country should be consistently known in all languages as ‘Hellas’ because the country needs a new image,” the Eurodeputy added.

Of course, Chatzimarkakis is not the first to bring up the topic of Greece’s namechange. I myself wrote an essay in November 2004 called Naming Brand Greece where I tried to ignite a debate on the issue and laid the pros and contras of such a namechange for Greece.

Since Chatzimarkakis is famous for his plagiarism (he lost his doctorate as a result of the plagiarism, and he isn’t the only German deputy to have been under such an embarrasing situation, see Defence Minister Karl-Theodor zu Guttenberg), it wouldn’t surprise me if he first read it here while doing a Google search about Greece’s image.

All these petty things aside, all that counts here is that I did not suggest Greece to change its name – I only flew about it. And no, a namechange is a ridiculous medicine. The wrong diagnostic. Because Greece has no image crisis, it has a reality crisis. Greece’s main problems are not image-related, but reality-related. Enhance the country, improve it, rethink it, refresh it, recast it, renew it. And Greece’s image will improve accordingly after some time. A name changes almost nothing.

Greece does not need to change its name. It needs to change itself and correct the wrong sides of it just like many other countries have done before.